About the Forum
The VII Saint Petersburg International Cultural Forum will take place on November 15-17, 2018. The Forum has been rightfully recognized a global event, annually attracting thousands of experts in field of culture from all over the world: stars of theater, opera and ballet, renowned directors and musicians, public figures, representatives of authorities and business and academic communities.

The Forum is developing in three dimensions at the same time. A large-scale Business Venue will be of interest to specialists in different areas of culture. The Festival Program includes multiple cultural events for city residents and guests of Saint Petersburg. The business program creates conditions for implementing projects and signing agreements in the sphere of culture.

In 2018 the Italian Republic will take part in the Forum in its official capacity as the Guest Country. The program of Italy as the Guest Country will include a discussion with ministers of culture of Italy, Qatar and Russia, meetings with stars of Italian films, performances by best drama theatres and dance companies of the country, and a concert of ancient music.

The honorary guests of this year’s Cultural Forum will include a legend of world cinema Claudia Cardinale, an outstanding actor and theater director Tony Servillo, and star of modern Italian cinema, film director Paolo Genovese.

One of the central events of the Forum is the podium discussion “Global Cultural Space: Myth or Reality?” The participants of the discussion will include Minister of Culture of the Russian Federation Vladimir Medinsky, Qatari Minister of Culture and Sports H.E. Salah bin Ghanem Al Ali and Minister of Cultural Heritage and Cultural Activities of Italy Alberto Bonisoli. The distinguished guests will discuss new challenges, and the answers to questions each of the states are looking for: what to do about rapid expansion of cultural diversity, the emergence of citizens and communities with unique identities, and the influence of new technologies on the boundaries of national cultures.

Russia and Italy are similar in terms of their national characters, mutual attraction, and several centuries of productive cultural ties. The diverse facets of the Russian-Italian world of the past and the present will be discussed at the conference “Russia-Italy: Dialog of Cultures.” The conference participants will talk about the intercultural dialog of two countries in architecture and fine arts, cinematography, literature and other spheres.

Speakers include Alexander Chubarian, Doctor of Historical Sciences, professor, Academician of the Russian Academy of Sciences, Dmitry Shvidkovsky, Rector of the Moscow Architectural Institute, Maria Chiara Pesenti (Italy), researcher of the ties between the Russian theatre and Commedia del Arte, Daniela Rizzi (Italy), leading researcher at the University of Ca ‘Foscari, and other leaders of the scholarly community of Russia and Italy.

The precious 18th century musical instruments – the fortepianos, which Catherine the Great had presented to Giovanni Paisiello and Domenico Cimarosa in recognition of their talent, will help the sound of the Baroque era come to life once again. The fortepianos, which are now kept at the Conservatory of San Pietro a Majella in Naples, will be brought back to Saint Petersburg specifically for the upcoming concert. The music of Cimarosa and Paisello will be performed by “Northern Symphony” Orchestra of the Music Hall, conducted by Fabio Mastrangelo (Italy).
The concert will be accompanied by an exhibition entitled “Amazing Movement. Giovanni Paisiello and Domenico Cimarosa at the court of Catherine II,” which presents the story of cultural and art ties between Italy and Russia in the 18th century. The exposition in the foyer of the Hermitage Theatre will present historic manuscripts and music sheets, pieces of artwork and sculptures.

Yet another significant event for Russian-Italian relations was the rescue of the Italian expedition to the North Pole in 1928 by The Krasin ice-breaker. Fifty years ago, this storyline was used for the film “The Red Tent,” created by Soviet, Italian and British cinematographers. The Forum will include Gala Night dedicated to the 90th Anniversary of Rescue of Umberto Nobile Italian Expedition Team by the “Krasin” Ice-breaker and Meeting of Actors of the film The Red Tent.

The guests of the event will include actress Claudia Cardinale, who played the main female part in The Red Tent, and grandchildren of the expedition’s participants, Sergio Alessandrini (Italy) and Giuseppe Biagi (Italy). The event will also be attended by the Director of the State Hermitage Museum Mikhail Piotrovsky and researcher of the Arctic and the Antarctic, First Vice President of the Russian Geographical Society Artur Chilingarov.

The program of Italy as the Guest Country of the Forum will include a performance by Teatro Piccolo di Milano – Theatre of Europe. One of the most popular drama theatres of Italy and all of Europe has brought to Russia of the play “Elvira.” “Elvira” was staged by Tony Servillo, who is internationally renowned for his main parts in the films by Paolo Sorrentino.

The most new film by director Paolo Genovese, The Place and his other film Perfetti sconosciuti (Perfect Strangers) will also be shown in Saint Petersburg during the Forum. The latter film got all the main film prizes of Italy in 2016 and became a hit at international festivals. The showing of The Place will be followed by a public discussion with Paolo Genovese. The discussion will be moderated by the President of the National Union of Italian Film Critics Franco Montini (Italy).

The audiences in Saint Petersburg will also enjoy the performance of Aterballetto, the best ballet troupe in modern Italy. The troupe will present performance – “Golden Days/Wolf”. 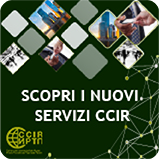 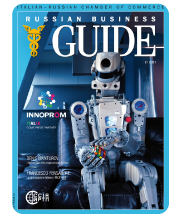